Judges for the 2018 Awards of Excellence have their work cut out for them after this year’s competition attracted a record-setting 205 nominations with a combined value of more than $2 billion. 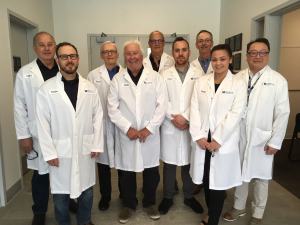 “It is the 30th Anniversary of the Awards of Excellence program and the response from our members this year has been fantastic,” said Tony Everett, chair of the awards committee. “The judges are going full out to visit sites and presentations during a five-week period.”

The judging panel is comprised mainly of VRCA life members who’ve retired from the industry. This year’s panel includes Dolphe Hoffman, who was part of the first judging panel 30 years ago.

Each year, the VRCA recognizes the finest companies, projects and individuals in the construction industry. Due to the record number of nominations, an extra week of judging had to be added to ensure enough time for the judges to review every project.

Everett believes this year’s record-number of nominations speaks volumes about the state of ICI construction in the Lower Mainland.

“Our construction industry is indeed thriving and VRCA is promoting our industry as a viable and awarding career option to students and young people.” Everett said.