Looking back as the Awards of Excellence turns 30

This year marks the 30th anniversary of VRCA’s Awards of Excellence, and as we get ready for another stellar event, we want to take a look back at the Outstanding Achievement Award winners from last year, starting with our 2017 Lifetime Achievement Award recipient, Dolphe Hoffman. 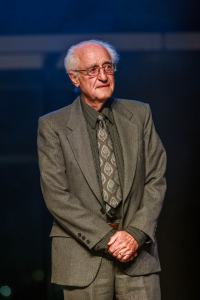 Hoffman was born in a village near Graz, Austria. In 1948 the family moved to Vancouver and graduated from Magee High School in 1952. After graduation, Hoffman worked in the steel industry with A.I.M Steel, Western Canada Steel and Richmond Steel Recycling. He sat on the advisory board of Cominco.

Hoffman served our Association as a panel member at the founding convention in 1966. He was elected as president of the Amalgamated Construction Association (now VRCA) when he joined the Board in 1983 and has held board positions on the BCCA and CCA.

Hoffman also served the VRCA as Assistant to two presidents, Allan Bennett and Chris Boatman and helped Horace Harrison put together material for the book on the history of VRCA entitled A Single Voice. Hoffman was awarded the VRCA Life Member Award in 1995.

After retirement he became a consultant and traveled internationally to assist government and private industry with western management construction techniques.

In his spare time Dolphe and his wife Gloria have travelled to many under privileged countries in Europe and South America to assist in the setting up of orphanages and training the youth. He has also served on many charitable boards over the years.

Do you know someone who you would like to nominate for the 2018 Lifetime Achievement Award? Learn how on the Awards of Excellence website.