With the August 10 nomination deadline for the 2018 VRCA Awards of Excellence – Outstanding Achievement categories fast approaching, we’re taking a look back at the winners from 2017 to help inspire nominations for the award’s 30th anniversary. 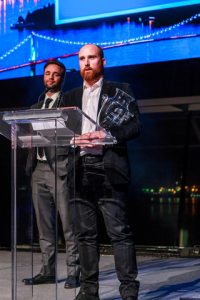 William Donnellan is an accomplished business professional hailing from Ireland where he commenced his apprenticeship in carpentry at the age of 17 and by the time he was 22 had established his own successful construction company “William Donnellan Carpentry.” He has an extensive skill set with over 15 years of experience in Business Management and has simultaneously owned and operated two successful companies in Ireland.

When he moved to Canada, Donnellan again entered the construction industry, and after gaining Canadian experience, he founded IRL Construction Limited in 2009. The company has enjoyed great success – it’s grown from a team of three employees to more than 70 and has worked across Canada.

He believes a business, no matter how well designed, is only as good as the people who live and work in it. William’s greatest strengths are his creativity, drive and leadership. He thrives on challenges, particularly those that expand the company’s reach.

Donnellan has always been and continues to be fully involved not only in his business but also in various groups and non-profit organizations. During his short tenure in Canada he has made his mark on the construction industry.

Do you know someone who you would like to nominate for the 2018 U40 Excellence in Construction Award? 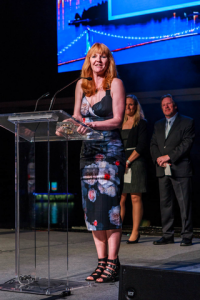 Helen Goodland has more than 30 years of experience working with governments, developers and builders to advance innovative high–performance projects in Canada and around the world.

As co-founder of Building Technology Innovations, she mentors start-ups focused on the construction industry. Since 2012, she has been advising BCCA on issues related to sustainability and innovation and authored its 2016 BC Construction Innovation Project. More recently, she has been working with VRCA on a number of industry initiatives.

Goodland is an architect registered in the UK and has an MBA from UBC. She is one of the BC Sustainable Energy Association’s climate action heroes and has been nominated as a YWCA woman of distinction. She also serves on the Canadian Construction Association’s Corporate Social Responsibility Taskforce and is the chair of the United Nations Sustainable Building and Climate Initiative’s technical committee on construction materials.

Do you know someone who you would like to nominate for the 2018 Outstanding Woman in Construction Award?

Kristi Seddon joined Ledcor Construction Limited in 2012 as an entry-level Project Coordinator. Since then, she has worked on a variety of projects for a number of clients and has recently transitioned to the estimating department to grow her skill-set with new challenges and opportunities.

Seddon has been involved with several groups over the years, including the VRCA Education Committee. She took a leadership role and had an impact on developing and presenting the VRCA School Outreach Program. Since joining the committee, she has contributed and impacted its scope in many ways, including her interaction with students and educating them about opportunities in the construction industry.

Further, she has complemented the program by discussing with and facilitating other members of the VRCA to volunteer their time for this initiative.

Do you know someone who you would like to nominate for the 2018 Education Leadership Award?