By Victoria Fawkes|August 30th, 2019|Membership, On Site with VRCA|

Innovation is not a new concept for Robertson Walls & Ceilings. The family-owned business, which specializes in stud systems, drywall and ceilings, has helped create distinctive spaces around the Lower Mainland such as Emily Carr University + Design, the Grandview Aquatic Centre in South Surrey, the Vancouver Public Library, Parq Casino/J.W. Marriott Hotel, and the recently completed upgrades to the Joyce-Collingwood, Commercial-Broadway and Metrotown SkyTrain Stations. In addition, Robertson is near completion on The Amazing Brentwood project and has recently been awarded the YVR Pier D Expansion.

Their most recent project can be found at the University of British Columbia, at the new UBC Life Sciences building. The building, which Robertson began work on in February of 2018, will contain labs, classrooms and an auditorium featuring acoustical wood walls & ceilings.

The auditorium’s acoustic walls and ceilings were distributed by WSB Titan and manufactured by Topakustik, a Swiss company that creates wood products that help control a space’s acoustic properties. The company has previously supplied acoustic wood for projects at Harvard University, the Museum of Fine Arts in Boston and the New York Times Auditorium. Now, this same brand of high-performance acoustical wood can be found inside UBC’s latest building.

Robertson chose to work with the perforated Topakustik because of its cutting-edge technology which absorbs sound and minimizes any echoes. The product features micro-perforations on the outer side, created by small lasers for the most precise hole and spacing available in an absorptive wood panel, as well as an inner side with larger holes that trap noise.

UBC’s requirement was that the ceiling system had to provide easy access to mechanical equipment within the plenum space. The wood ceiling panels in the lobby outside the theatre were also designed to be removable to avoid the need for access panels that would have impacted the overall appearance of a continuous wood ceiling. 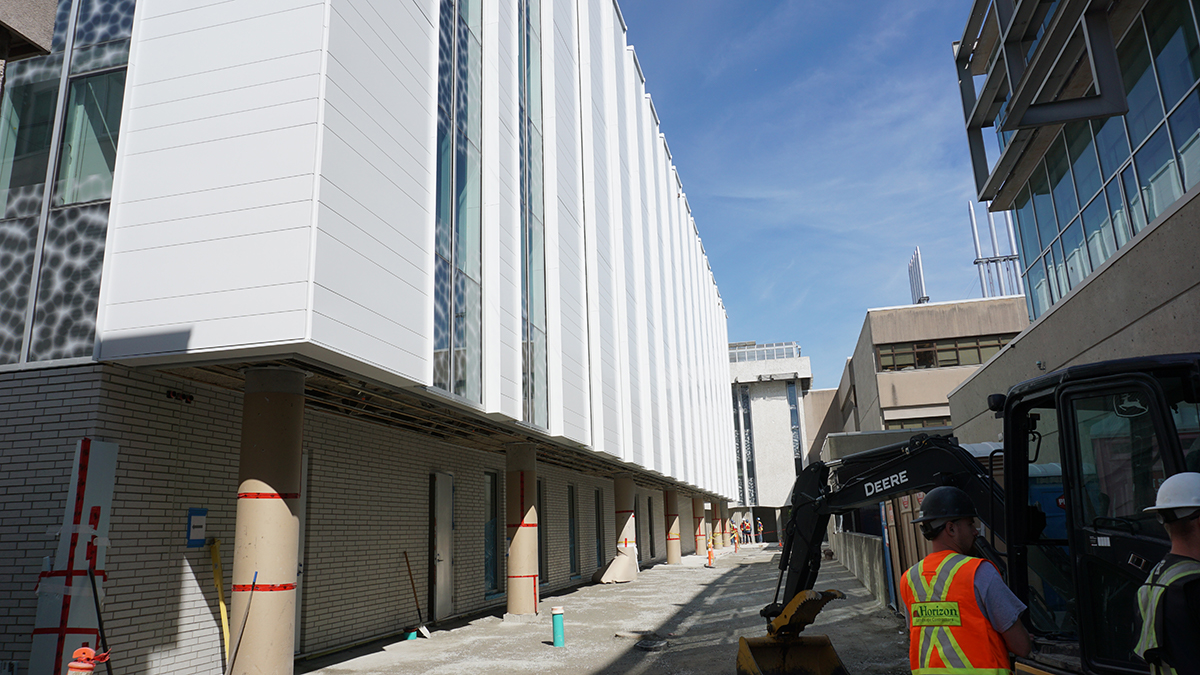 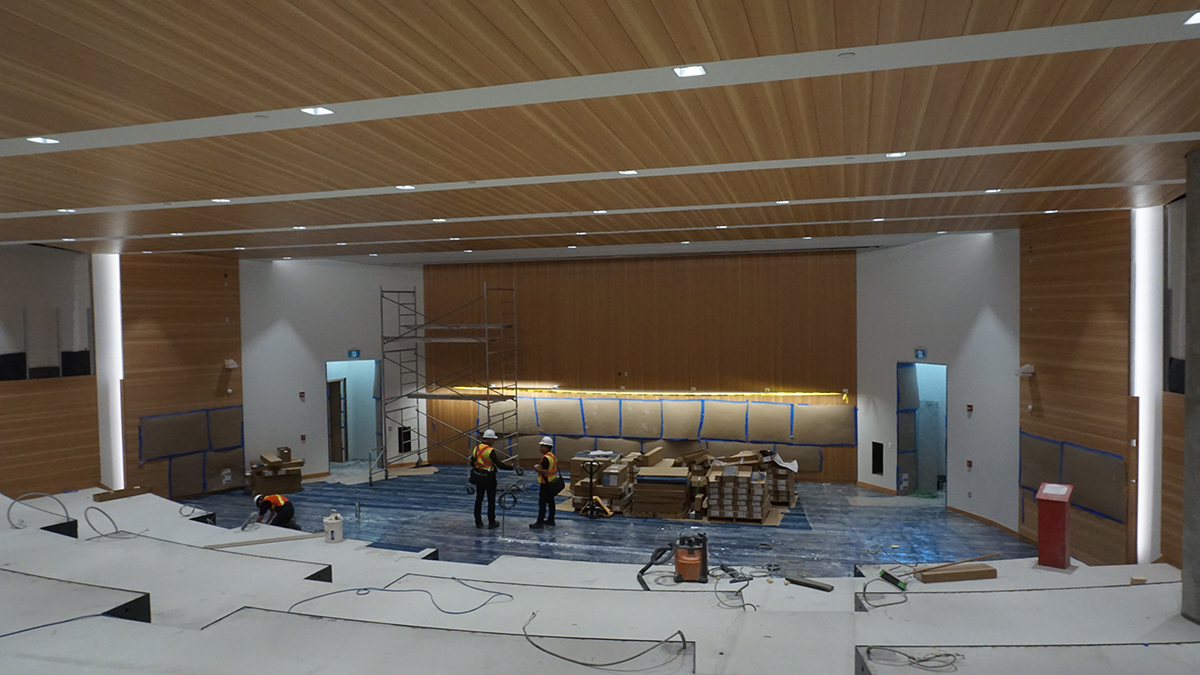 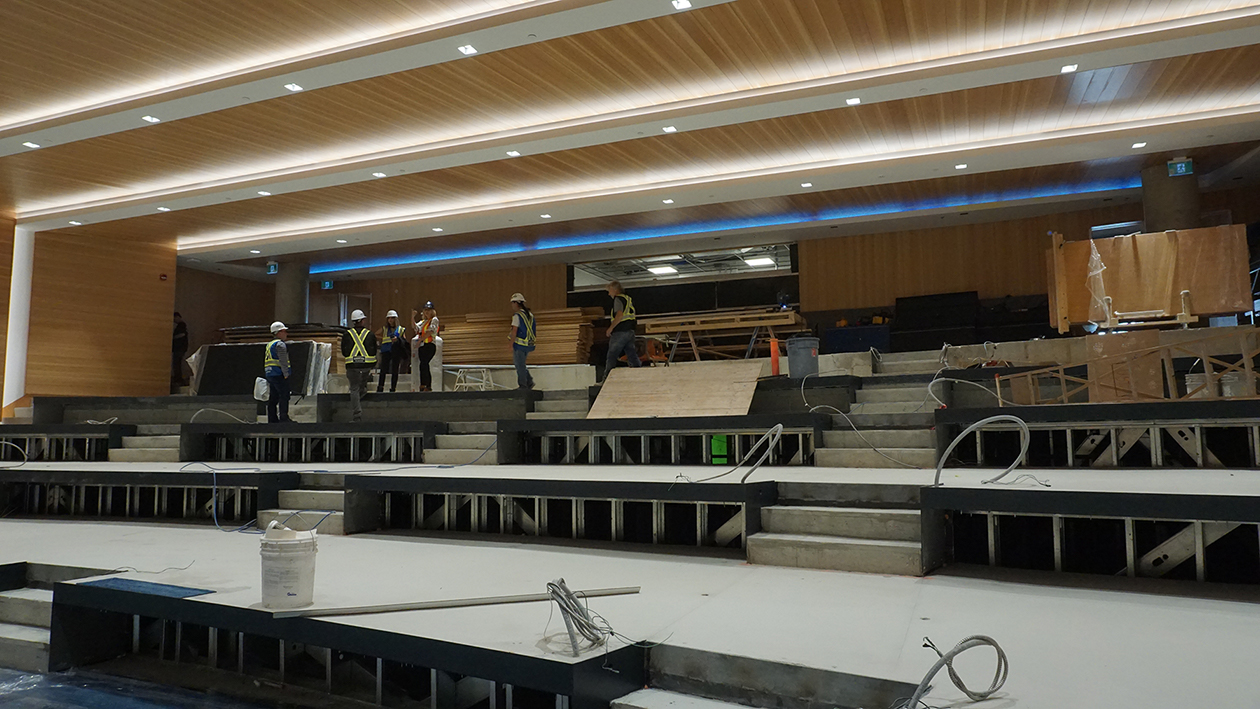 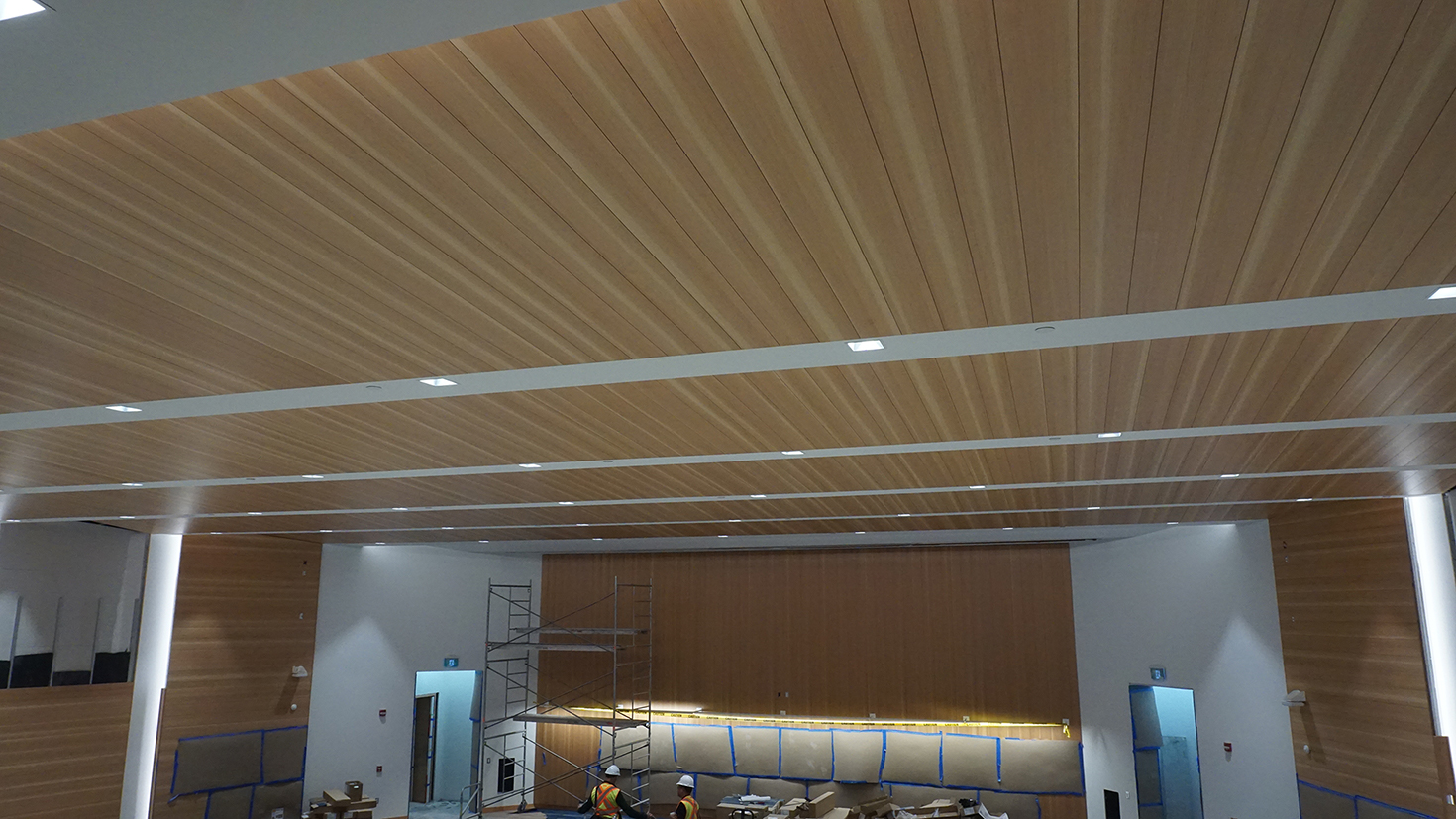 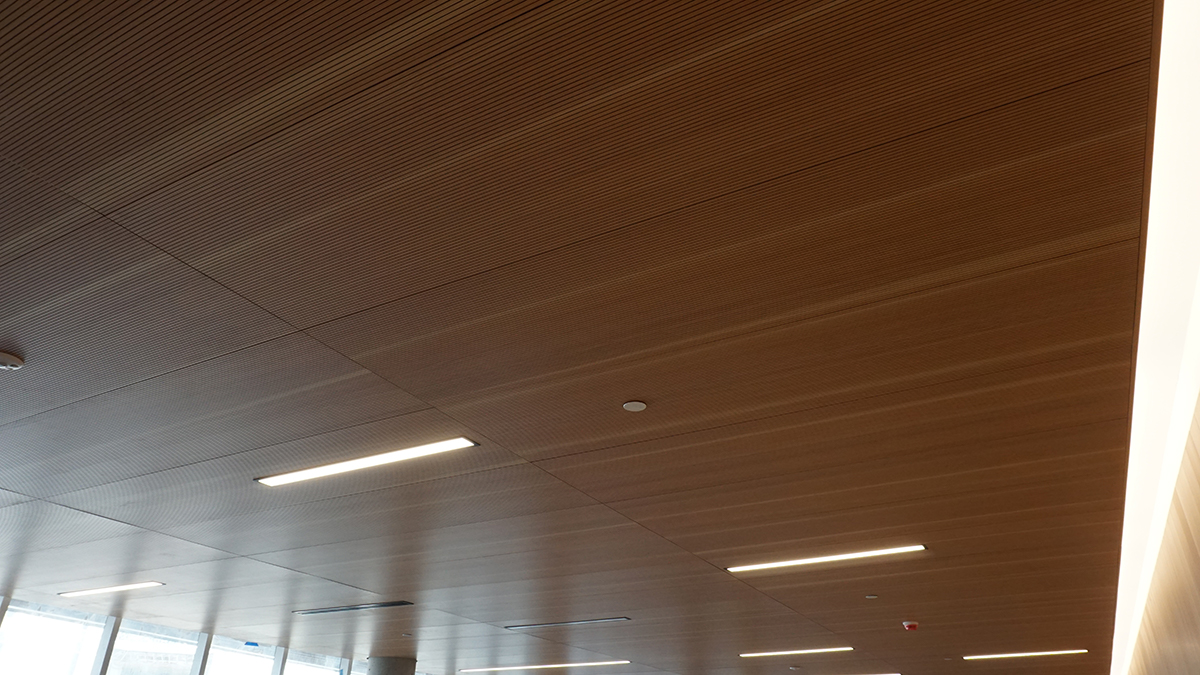 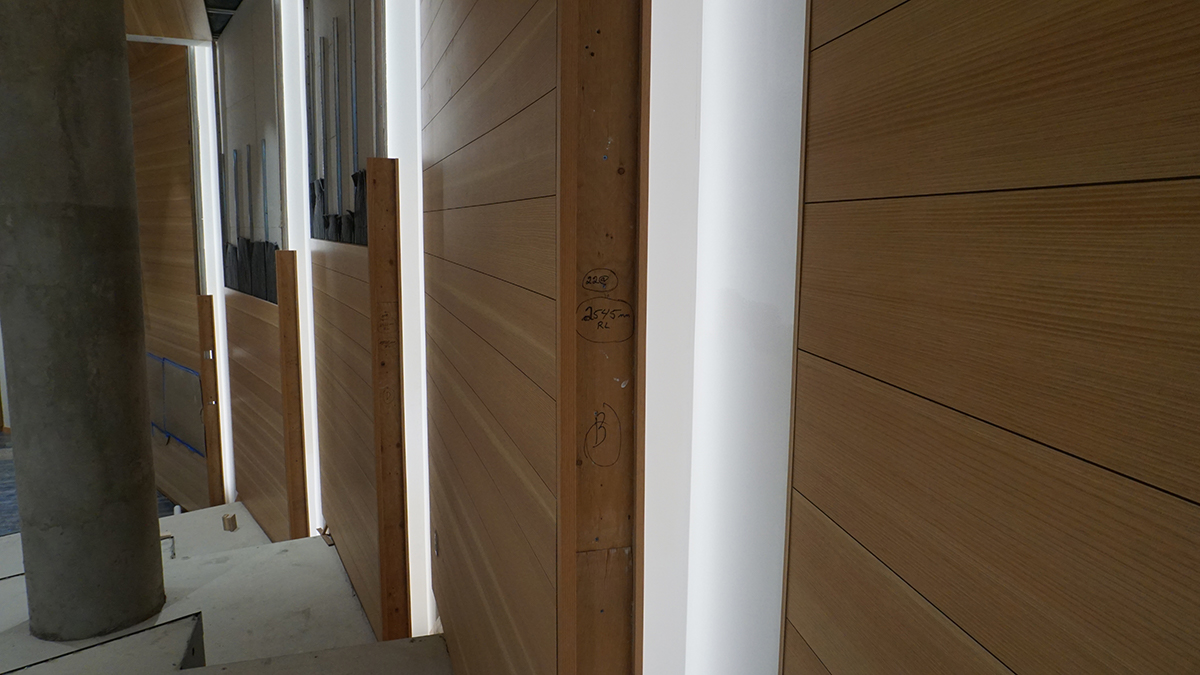 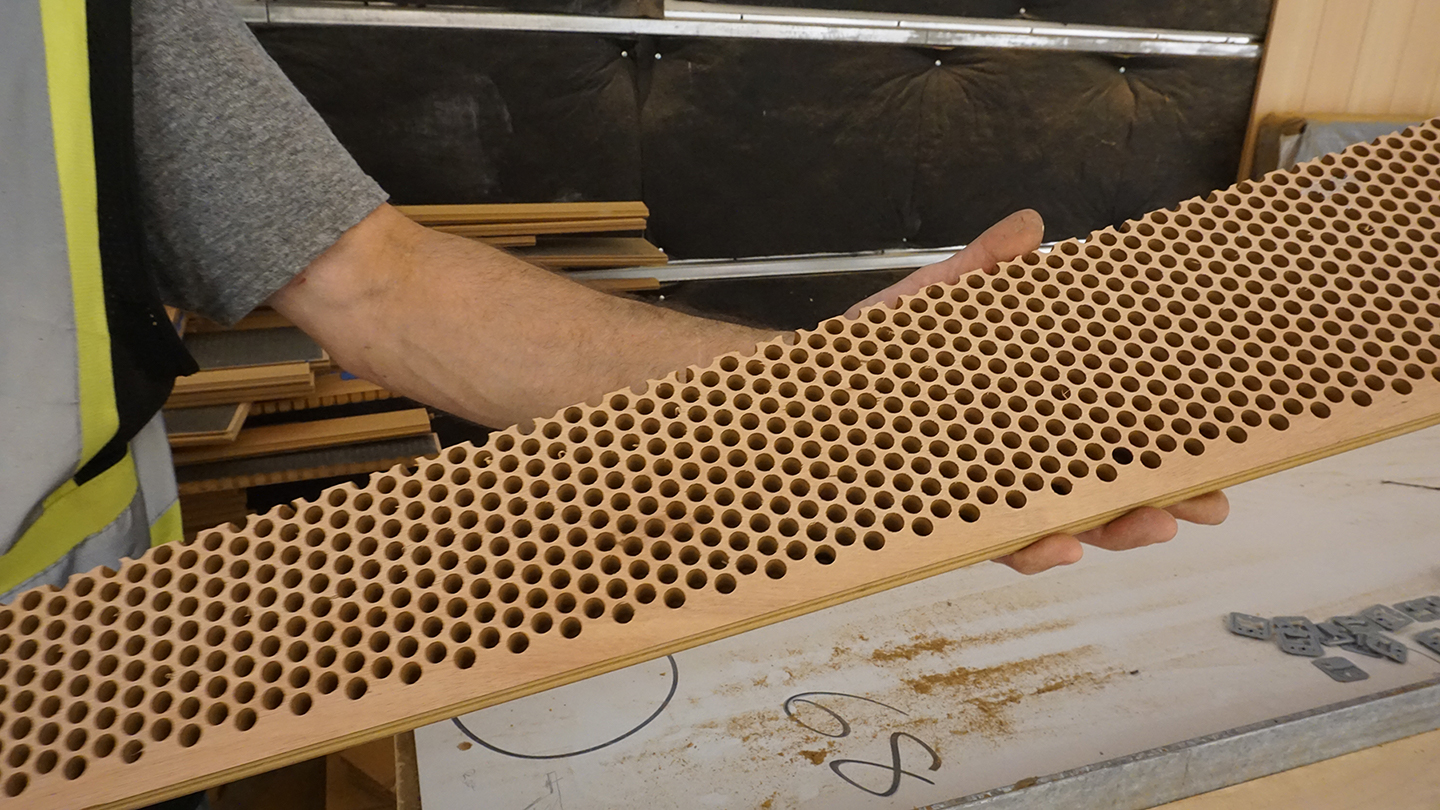 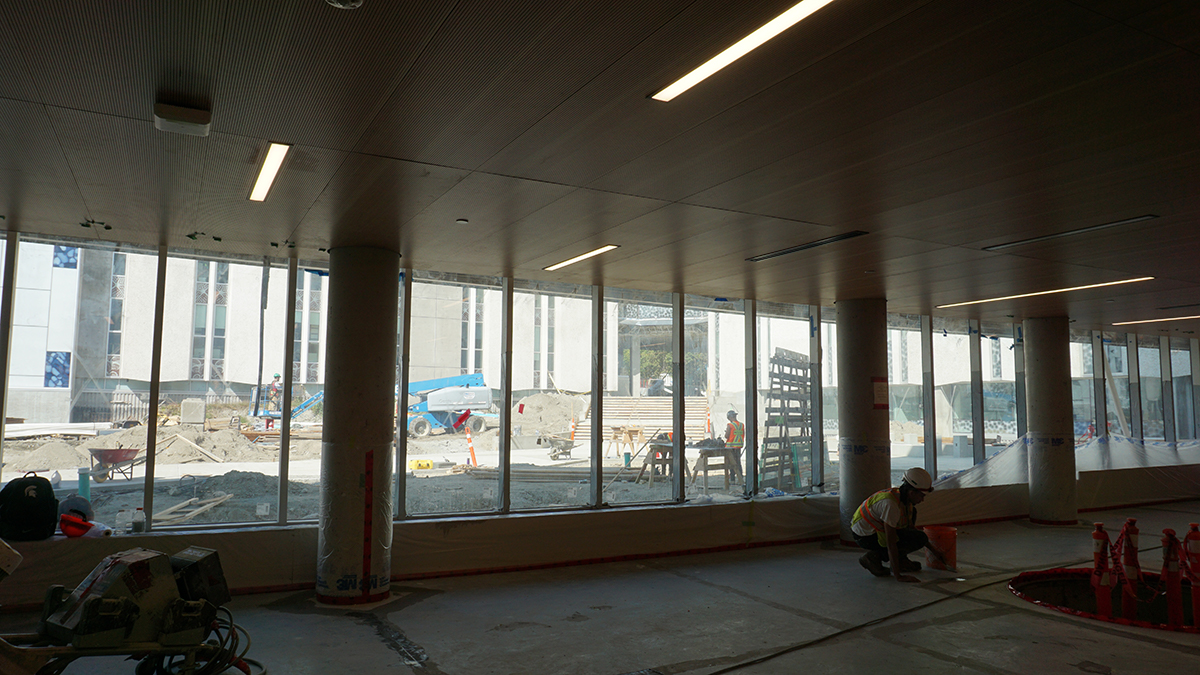 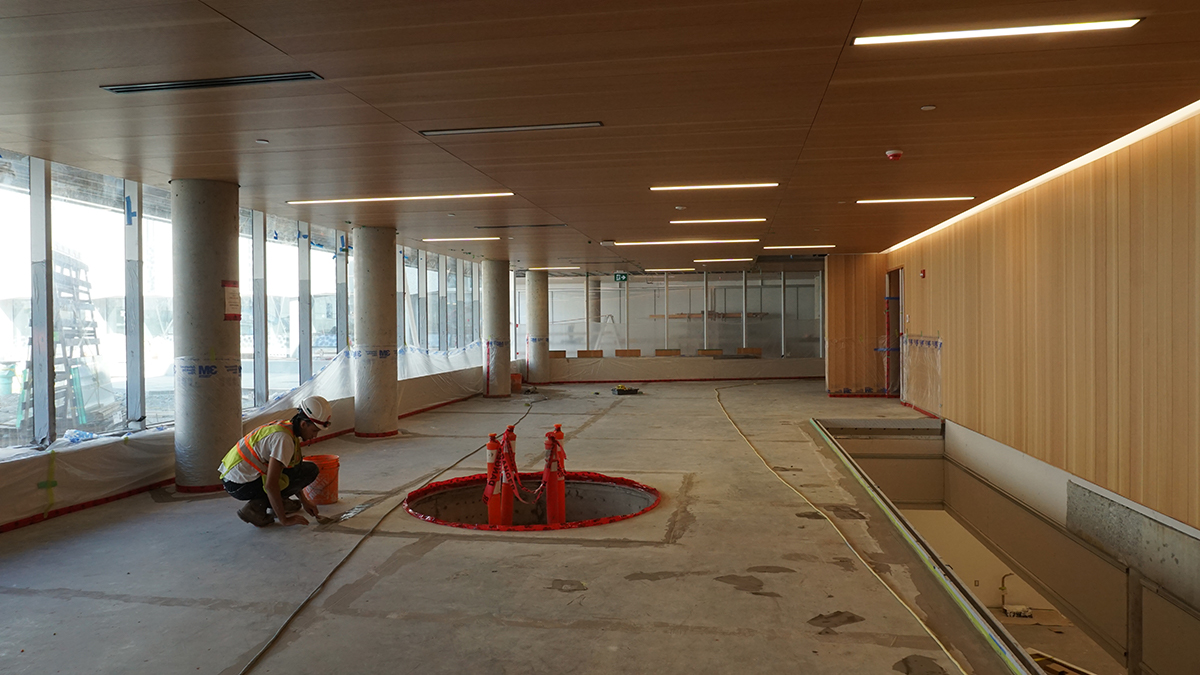 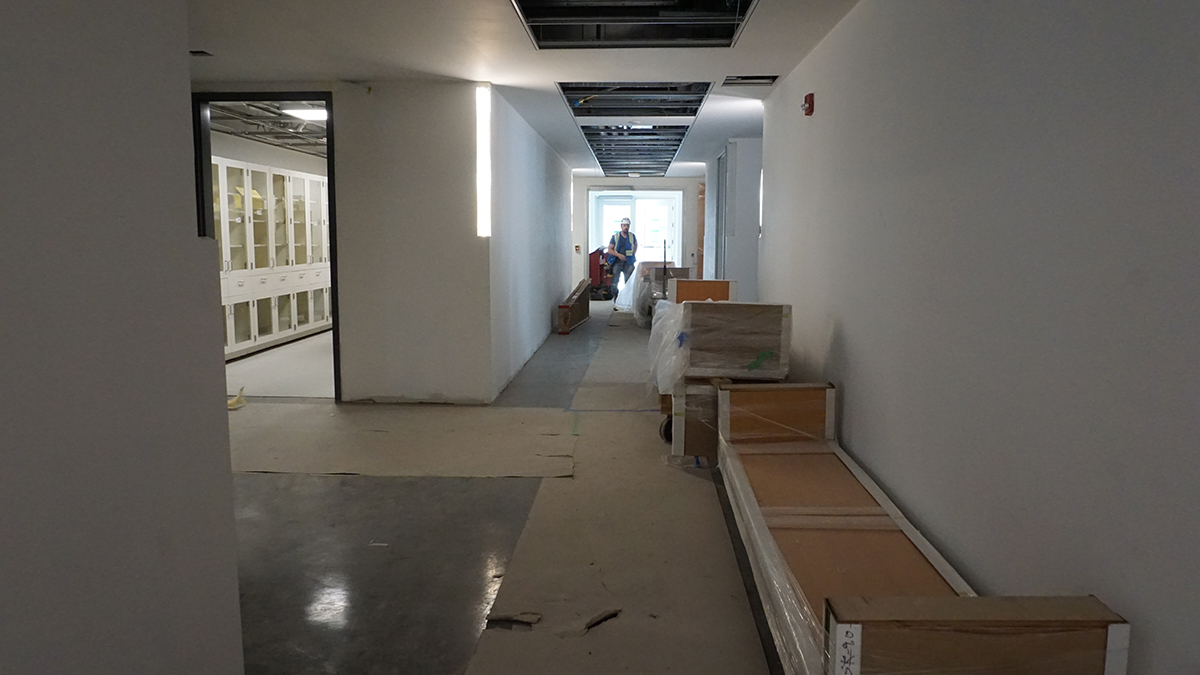 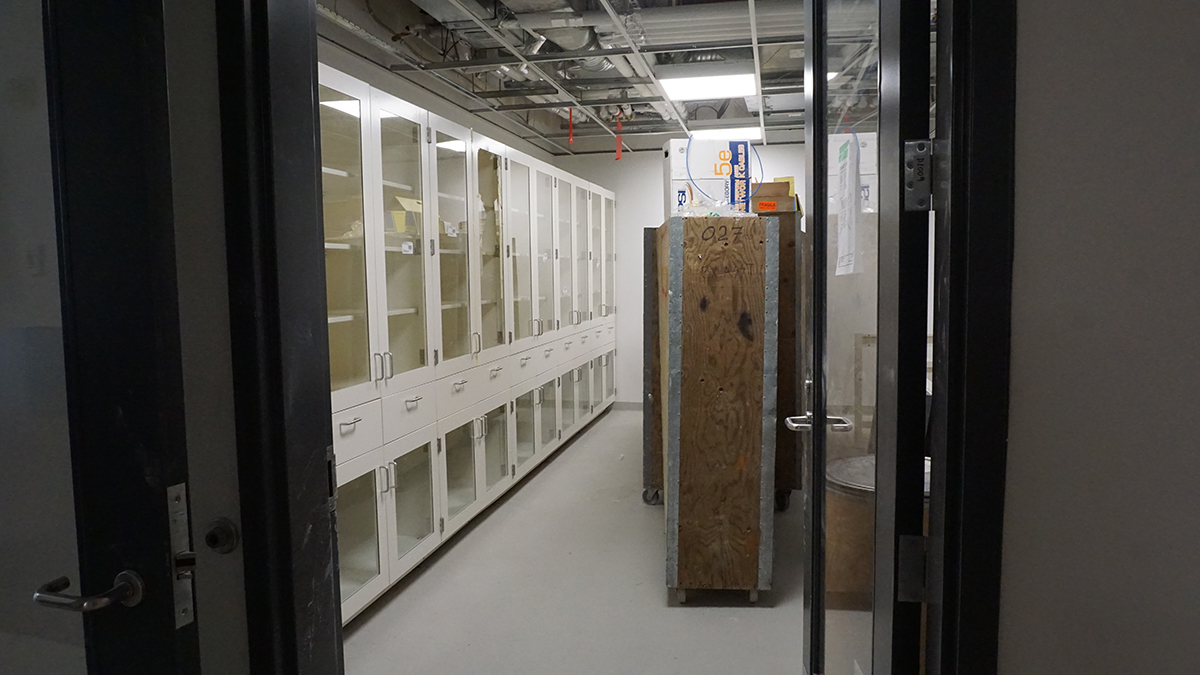 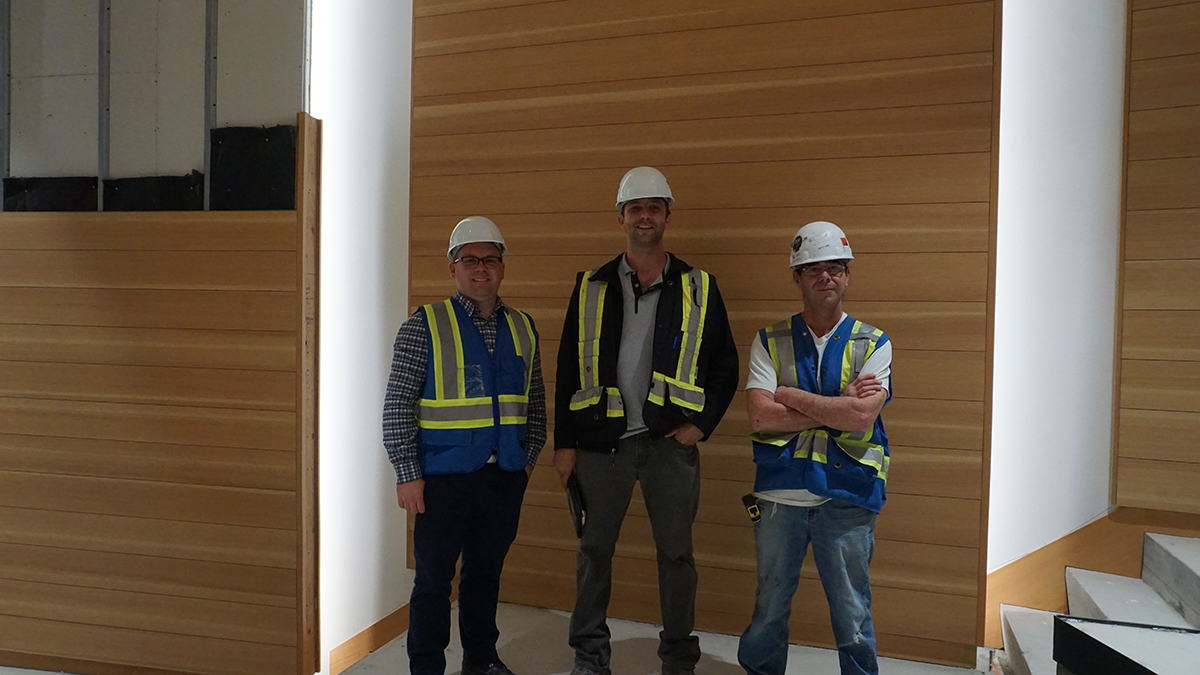 This is the first time Robertson has worked with Topakustik, and Foreman Chris Furness said that he was happy to be able to work with the wood because of its high quality. “There were quite a few critical steps involved in the installation process. However, the advantage was that the product was easy to install because it was lightweight,” said Furness.

The building, which is targeting LEED Gold Certification, also features High Crest Architectural Products preform drywall bulkheads, which have been used throughout the project. Project Manager Travis Sloat said that the fact the pieces were preformed was a major time-saver for the project. “We must have used miles of preformed product!” he said.

Another detail that required special attention was the finishes in the labs, which required epoxy paint that had to remain sterile. Mold-resistant gypsum wallboards were used in the laboratories, as well as in any room that could be exposed to the slightest amount of moisture. The team reported that the completion of the labs had its difficulties due to the complexity of the mechanical requirements in the ceilings.

Although many aspects of the renewal and expansion of the UBC Life Sciences building were new and sometimes challenging for the team at Robertson Walls & Ceilings, they credit the successful completion to a great team, and their ability to collaborate well with Scott Construction and Diamond Schmitt Architects, the lead architect for the project.

By using inventive materials and techniques, the team at Robertson Walls and Ceilings has created a unique and state-of-the art theatre space and modern teaching labs that will serve the UBC community for years to come. The UBC Life Sciences building will welcome students in time for the 2019 fall semester!